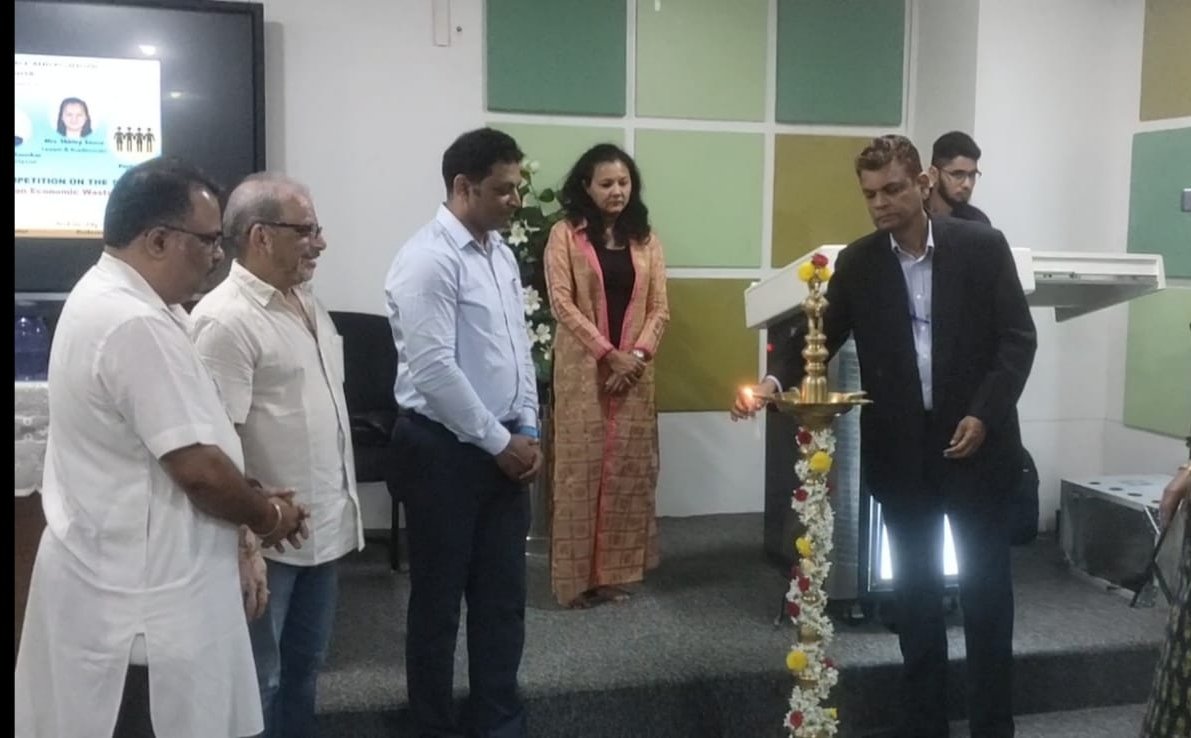 The Department of Economics organised an Inter-Collegiate Debate Competition on the Theme “Freebies: Social Welfare or an Economic Waste?” The debate was organised on the 7th of October 2022. It evoked an overwhelming response from students of different colleges with 09 colleges participating in the debate.
The programme began with the Principal of the College, Prof. (Dr.) Filipe Rodrigues e Melo welcoming the moderator, judges and the participants. He elaborated on the theme of the debate and complimented the faculty of the Department of Economics for selecting a relevant topic for debate and discussion.
While Mr. Dilip Prabhudessa, an engineer by profession, social activist and the vice-president of a political party in the state of Goa was the Moderator; the judges for the debate included Dr. Sachin Savio Moraes, Faculty-Parvati Chowgule College, Margao; Mr. Kishor Naik Gaonkar, Editor of the GoanVarta Live News Channel and Ms. Shirley Sousa-Lawyer and Academician.
Each college was represented by a team comprising of two members-one speaking in favour of the motion and the other opposing the motion. The Goa College of Engineering, Farmagudi won the debate while V.M Salgaocar College of Law, Miramar was declared the Runners-Up.
Ms. Vaishnavi S, student of the V.M Salgaocar College of Law was awarded the Best Debator (Proposition) and Master Azvern Dias representing the Goa Engineering College was declared the Best Debator (Opposition)
The Moderator and judges also shared their viewpoints on the topic of the debate and also gave feedback on the debate.
Ms. Farah Mendonca, Assistant Prof. of Economics proposed the vote of thanks. The programme ended with the singing of the National Anthem. The programme was compered by Master Farid Khan Pathan, Student of TYBCom and was co-ordinated by Dr. Elizabeth J. Henriques, Associate Prof and Head of the Department of Economics.